an appreciation in the form of a series of figure and glamour shots featuring the members of Kamera Staff....probably the best staff in the world 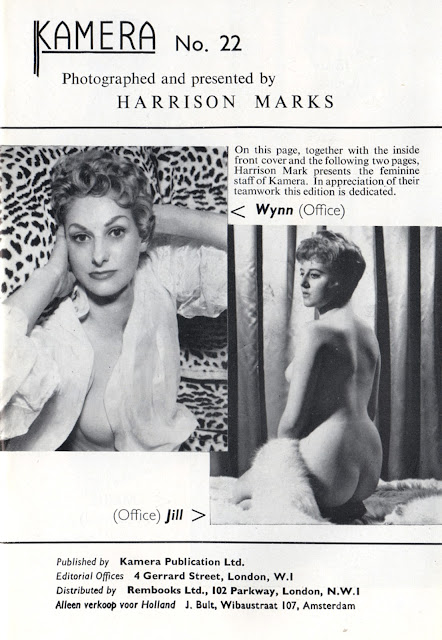 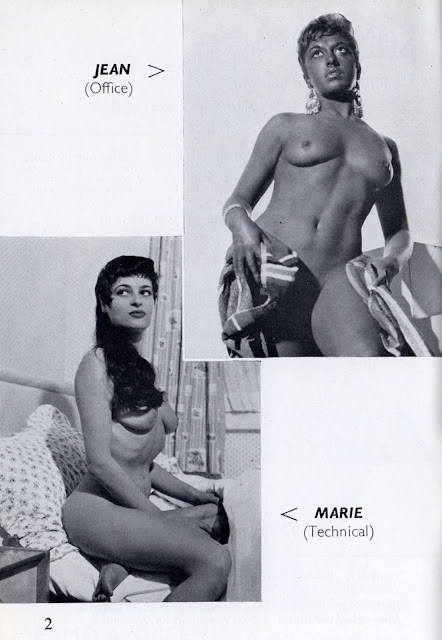 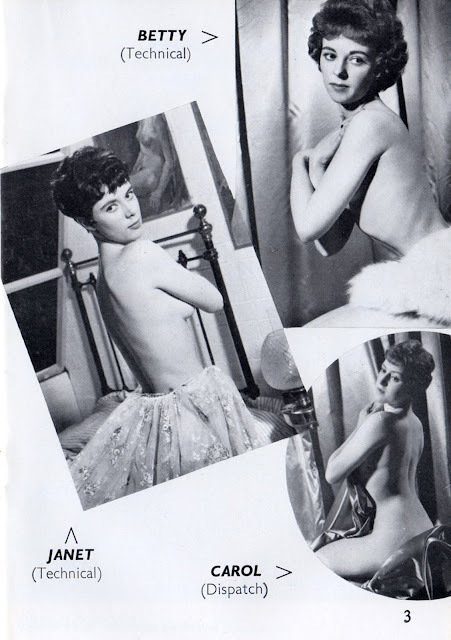 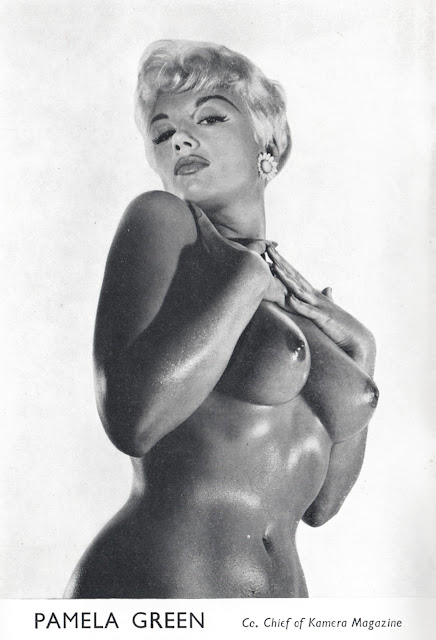 The pursuit of collecting

For latest items for sale look here
http://myworld.ebay.co.uk/rambooksuk
Posted by Sohopunk76 at 06:37 No comments: 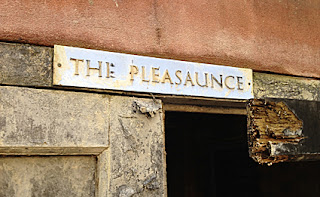 From the outside it wasn't really anything special. An average  house in a relatively well off part of South East London, probably built in the housing boom that immediately followed the end of the second World War
Little did I realise that behind the unremarkable door of that unremarkable house I would be privileged to find the largest, most diverse and comprehensive collection of adult magazines, books and erotica that I had seen in over 40 years as a seller, collector and enthusiast
The rooms on the ground floor contained the most recent publications, familiar titles from the 1980’s and, moving backwards, the 70’s. As I moved to the upper floors I also moved back in time – lovingly maintained complete collections of both familiar and rare titles from the mid to early 1970s and then back further to the 1960’s, the era of mini- skirts, coffee bar soho, Profumo and Harold Wilson. Still searching through rooms I was back still further in time, before my own memories; the lurid covers, exploitation style titles, and graphic artwork of 1950’s America. Magazines in which even the ads were seductive and captivating ……
Posted by Sohopunk76 at 11:07 No comments:

THE WHIP AND THE ROD: An Account of Corporal Punishment among all Nations and for all Purposes 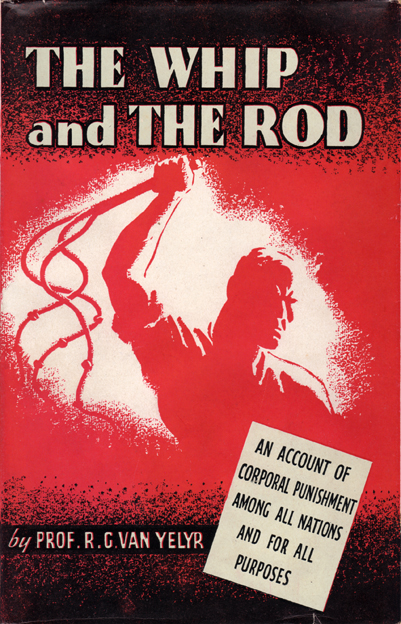 This book is a successor to Ryley Scott's definitive study of the subject, and indeed makes numerous respectful references to it throughout. (Yelyr, surely a made-up name, spells Ryley backwards -- is this a coincidence?) Many of Ryley Scott's anecdotes are reproduced in Van Yelyr's text, although there are a few novel illustrations to his discussion, mainly drawn from the author's experience in the United States.
The topics covered in this book are as expected: the history of flagellation from early times, among tribes of savages, biblical references, medieval practices (including the inevitable Flagellants), and up into the modern era.
The latter history is covered in the subtopics of corporal punishment (of the flagellation variety) of slaves, servants, criminals, prostitutes, soldiers and sailors, women and children in the home, schoolchildren, and generally of anyone who had the bad luck of being in a subordinate position to a dominant - and sadistic - superior.
Van Yelyr discusses in some detail the medical and psychological effects of CP, clearly indicating his displeasure at its application. After reading this dismal account of human cruelty across the ages, it may seem tempting to agree with his proposal for the complete banning of CP in the home, schools, and prisons. But a careful reading of the examples and anecdotes in this book suggests that the evil of CP lies not in its very existence, but in its mode of application. We are all truly appalled to read of the young black slave being literally whipped to death by her master. But is this representative of CP as it might be applied in a moderate and reasonable manner in the modern settings of home, school, and prison? I think not!
Both Ryley Scott and Van Yelyr seem to have been inspired to write their books after reading an influential UK government report on judicial CP, the Report of the Departmental Committee on Corporal Punishment ("the Cadogan Report"), issued in 1938. This recommended abolishing the birching of teenage boy offenders and most (but not all) flogging of adult male offenders. The latter would have been restricted to the most serious of prison disciplinary breaches.
The advent of World War II delayed the implementation of these recommendations until 1948, when all judicial and most prison discipline CP came to an end in the UK (it had long been abolished for women, in 1820, by the Whipping of Female Offenders Abolition Act).
The trend, at least in western nations, is for the gradual disappearance of the flagellation type of CP. Even in the more supposedly enlightened and liberal western societies, other non-flagellation forms of CP are widely practised in the other "unseen society" of prisons, but this isn't the proper forum for a discussion of such inhumane behavior. It has largely been through the efforts and influence of reformers and abolitionists such as Ryley Scott and Van Yelyr, in their books decrying the inhumanity of man toward man, that society is gradually renouncing the official application of the whip and the rod to its miscreants. 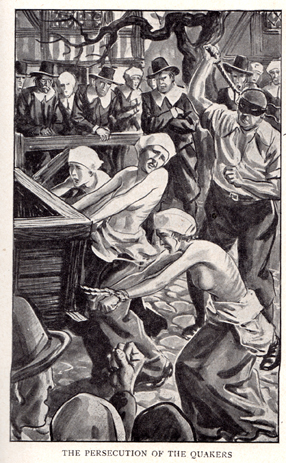 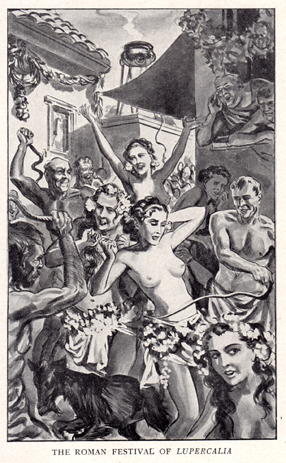 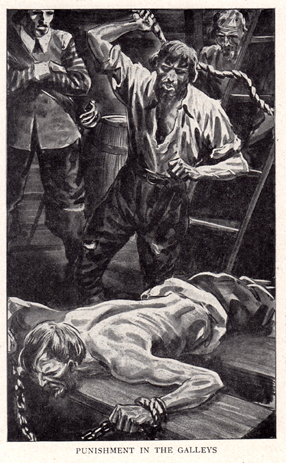 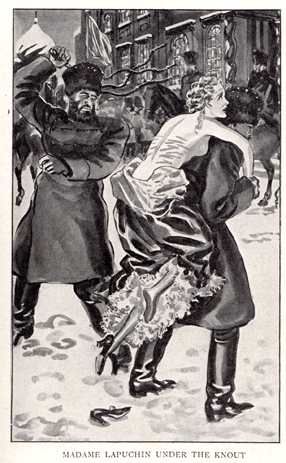 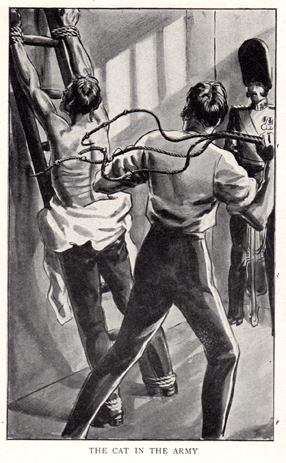 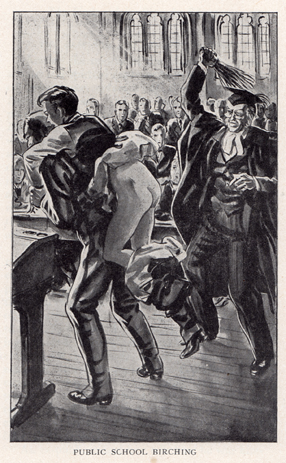 Phoenix - The Drawings Of HANS BRAUN

Wonderful collection of  Hans Braun Drawings from the Phoenix Special Printed in 1985.
Braun, a civil engineer from Munich in Germany, says that he went to a school where corporal punishment was an established part of the curriculum and later learned to draw in a rudimentary way at the college of engineering. Structures were his professional interest but the structure and form of female bottoms became a private obsession - perhaps just because they had been so notably absent in his monastic schooldays. His knowledge of the architecture of the bottom comes from the bedroom, he informs us, rather than from life classes of an art school. he likes to regard himself as an enthusiastic amateur in relationship to the subject matter illustrated here. ©Phoenix 1985 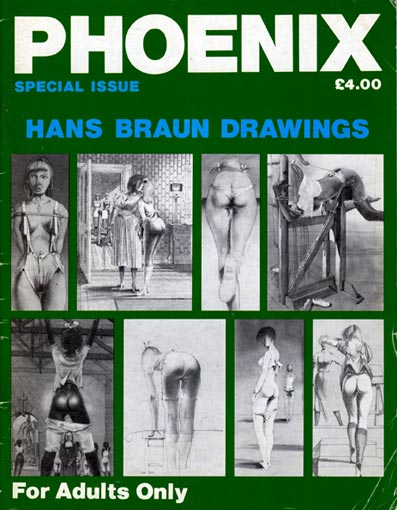 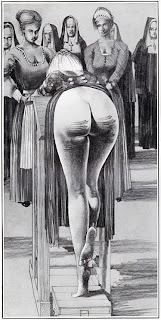 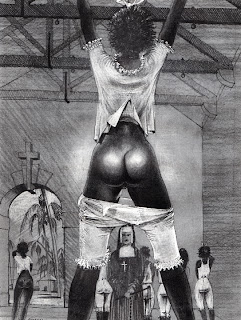 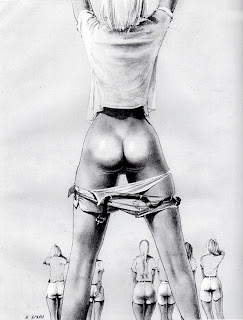 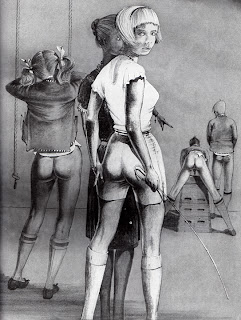 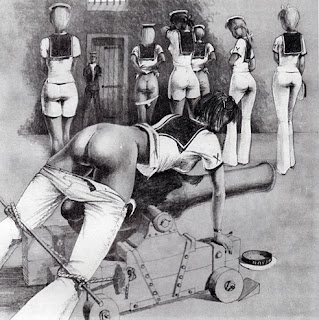